A four-year-old startup says it has built an inexpensive battery that can discharge power for days using one of the most common elements on Earth: iron.

Form Energy Inc.’s batteries are far too heavy for electric cars. But it says they will be capable of solving one of the most elusive problems facing renewable energy: cheaply storing large amounts of electricity to power grids when the sun isn’t shining and wind isn’t blowing.

The work of the Somerville, Mass., company has long been shrouded in secrecy and nondisclosure agreements. It recently shared its progress with The Wall Street Journal, saying it wants to make regulators and utilities aware that if all continues to go according to plan, its iron-air batteries will be capable of affordable, long-duration power storage by 2025.

Form is preparing to soon be in production of the “kind of battery you need to fully retire thermal assets like coal and natural gas” power plants, said the company’s chief executive, Mateo Jaramillo, who developed Tesla Inc.’s Powerwall battery and worked on some of its earliest automotive powertrains.

On a recent tour of Form’s windowless laboratory, Mr. Jaramillo gestured to barrels filled with low-cost iron pellets as its key advantage in the rapidly evolving battery space. Its prototype battery, nicknamed Big Jim, is filled with 18,000 pebble-size gray pieces of iron, an abundant, nontoxic and nonflammable mineral. 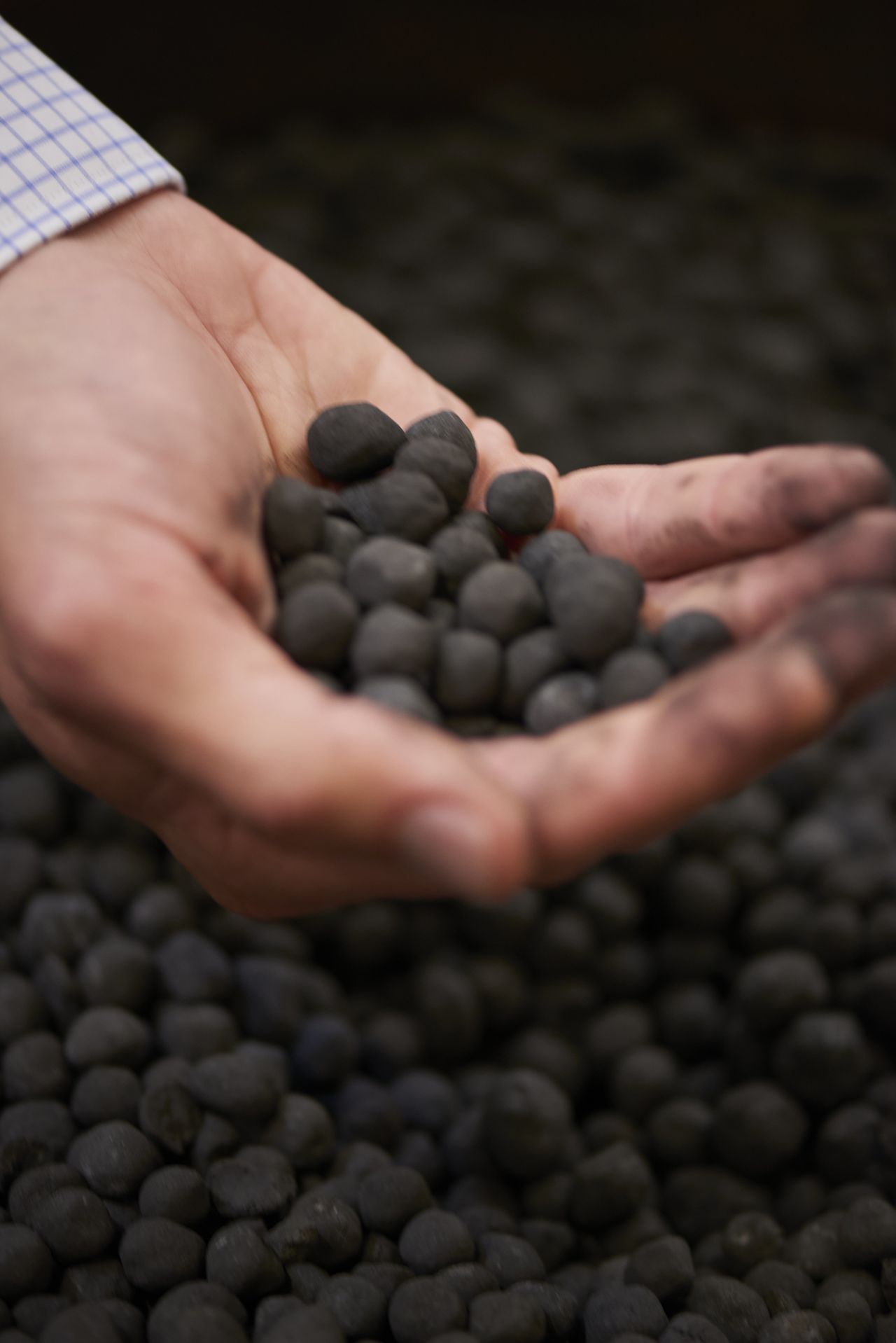 Iron pellets that fill the battery are abundant and inexpensive and could hold electricity for days or weeks.
For a lithium-ion battery cell, the workhorse of electric vehicles and today’s grid-scale batteries, the nickel, cobalt, lithium and manganese minerals used currently cost between $50 and $80 per kilowatt-hour of storage, according to analysts.

Using iron, Form believes it will spend less than $6 per kilowatt-hour of storage on materials for each cell. Packaging the cells together into a full battery system will raise the price to less than $20 per kilowatt-hour, a level at which academics have said renewables plus storage could fully replace traditional fossil-fuel-burning power plants.

A battery capable of cheaply discharging power for days has been a holy grail in the energy industry, due to the problem that it solves and the potential market it creates.

Regulators and power companies are under growing pressure to deliver affordable, reliable and carbon-free electricity, as countries world-wide seek to reduce the greenhouse-gas emissions linked to climate change. Most electricity generation delivers two out of three. A long-duration battery could enable renewable energy—wind and solar—to deliver all three.

Can long-duration storage batteries play a bigger role on the electric grid? Join the conversation below.

The Biden administration is pushing for a carbon-free power grid in the U.S. by 2035, and several states and electric utilities have similar pledges. There is widespread agreement that a combination of wind, solar, geothermal and nuclear power mixed with short-duration lithium-ion batteries can generate 80% of electricity. The final 20% will require some type of multiday storage.

“That first 80% we know the technology pathway, and it is already cost competitive,” said Jeremiah Baumann, deputy chief of staff at the Energy Department. “We have a good sense of the technology for the final piece. The real question is which technology is going to get its cost down and get into the marketplace.”

Form’s battery will compete with numerous other approaches in what is becoming a crowded space, as an array of startups race to develop more advanced, cost-effective energy-storage techniques.

Several companies are heading to market with different battery configurations, such as solid-state designs. Some think pumped water storage or compressed air can be used more widely to bank energy. The European Union is pushing the use of hydrogen to store and generate power.

Others, meanwhile, are focusing on carbon-capture technology to make gas- and coal-fired power plants emission-free, which would reduce the need for storing energy.

Form Energy’s iron-air battery breathes in oxygen and converts iron to rust, then turns the rust back into iron and breathes out oxygen, discharging and charging the battery in the process.

“There is a Cambrian explosion of new storage technologies and in a Darwinian sense, they are not all going to survive. But the prize is huge both for investors and for society,” says Ramez Naam, a clean-energy investor who isn’t involved with Form Energy.

Previous high-profile efforts to develop better batteries have arced from hope and hype to bankruptcy. But since Form was created in 2017, it has attracted speculation and intrigue within the industry due to the track records of its founders. They include Mr. Jaramillo and Yet-Ming Chiang, a professor at the Massachusetts Institute of Technology who co-founded A123 Systems Inc., a lithium-battery pioneer.

Mr. Jaramillo earned degrees in economics and a master’s degree from the Yale Divinity School before switching to a career developing new batteries. After more than seven years at Tesla, he left in 2016 to pursue what he called “The Next Thing” on his LinkedIn page. He didn’t provide any details, but he wanted to build an inexpensive battery for the grid. He was close to signing a funding sheet for a new company when Mr. Chiang called him.

Mr. Chiang arrived at MIT as an undergraduate and joined the faculty less than a decade later. He started working on a long-duration battery in 2012 as part of a Energy Department collaboration. In 2017, he was also working on long-duration batteries and he and Mr. Jaramillo decided to together create Form Energy.

They recruited other battery-industry veterans. “The founding team has 100 years of battery experience,” says Mr. Chiang. “We’re the alumni of a generation of failed battery companies who all came back for more.”

In early 2018, they began small-scale tests, the Ph.D. material scientist’s version of a middle-school science fair’s potato battery, using small pieces of metal wrapped in hardware-store hose clamps at the bottom of translucent measuring cups. Form tested different configurations: sulfur-iron, sulfur-air, sulfur-manganese and iron-air. By the end of the year, iron-air looked the most promising.

​In 2020, as work was moving quickly, Form caught a break. It needed a critical battery component called a cathode that was impermeable to water but breathed oxygen, like a Gore-Tex jacket. An Arizona battery company, NantEnergy Inc., had spent a decade building such a membrane for a zinc-air battery. Owner Patrick Soon-Shiong, a billionaire biotechnology entrepreneur who owns the Los Angeles Times, wound down operations last year to focus on other investments.

Form bought its patents as well as its inventory of thousands of cathodes, which sit in cardboard boxes in a corner of the company’s building. “Having this piece nailed down allowed us to hit the accelerator,” said Mr. Jaramillo.

Late last summer, Form built a one-meter-tall (roughly 3.3-foot-tall) battery it called Slim Jim because it had the dimensions of a trash can of the same name. Earlier this year, it built Big Jim, a full-scale one-meter-by-one-meter battery cell. If it works as expected, 20 of these cells will be grouped in a battery. Thousands of these batteries will be strung together, filling entire warehouses and storing weeks’ worth of electricity. It could take days to fully charge these battery systems, but the batteries can discharge electricity for 150 hours at a stretch.