A fast-growing wildfire fueled by strong winds from thunderstorms and high temperatures in Northern California has grown to more than 52,000 acres in two days, becoming the state’s largest wildfire so far this year and forcing evacuations in rural neighborhoods.

The blaze, named the McKinney fire, began burning through dry timber on Friday in the Klamath National Forest in Siskiyou County, Calif., near the Oregon state line, the authorities said.

No deaths or injuries associated with the fire had been reported as of Sunday evening. Gov. Gavin Newsom of California declared a state of emergency for Siskiyou County on Saturday, and nearly 3,000 people have been ordered to evacuate since then.

By Sunday morning, the fire had not moved much closer to the city of Yreka, which has a population of about 7,800. But it had already destroyed more than 100 structures — including homes, a grocery store and a community center — in the surrounding area, Courtney Kreider, a spokeswoman for the Siskiyou County Sheriff’s Office, said.

Joel Brumm, a spokesman for Klamath National Forest, said a more detailed assessment of the damage was pending. “We know that some structures have been lost but we don’t have any idea how many or the severity of the damage,” he said. 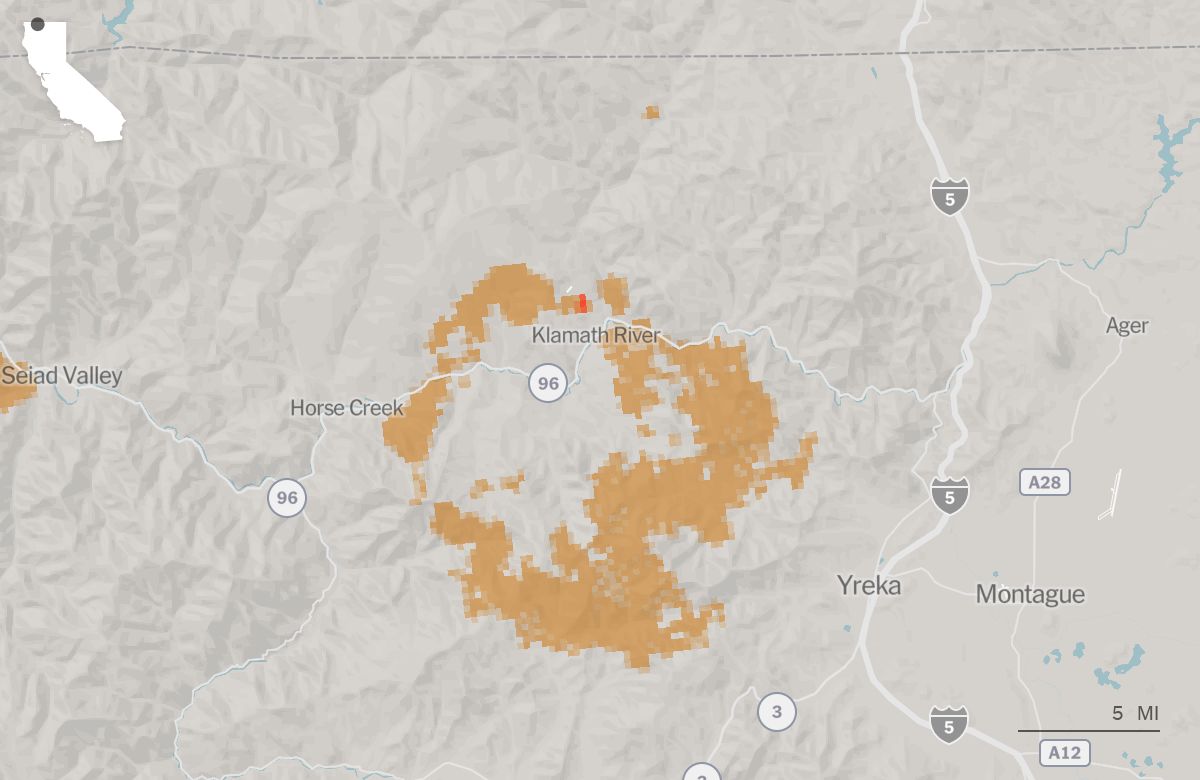 The heat from the fire generated a huge cloud called a pyrocumulonimbus, which has been referred to as “the fire-breathing dragon of clouds,” that essentially generated its own weather and reached more than 39,000 feet into the sky, according to the National Weather Service in Medford, Ore.

“The fire created thunderstorms, which could have caused new fires nearby,” Brad Schaaf, a meteorologist with the Weather Service in Medford, said by phone on Sunday.